Those are two big names in the industry that offer TVs with cutting-edge technology. These TV brands let us enjoy the movies, games, and other video content very close to reality.

However, having lots of similarities in both of the brands’ products, it is hard to know which one would serve us better. Therefore, an in-depth analysis comparing their features and specifications, the debate on Sony Vs Samsung 4K TVs can be settled once and for all.

Before I start the detailed comparison, let’s have a quick look at the main points in the table below. Nevertheless, you will need to read the descriptive part below because the tech terms in the table might not make any sense unless you know what they mean.

Keep reading the comparison to know which brand is perfect for you in the end. Also, I have recommended the best 4K TV of each brand. Let’s get started. 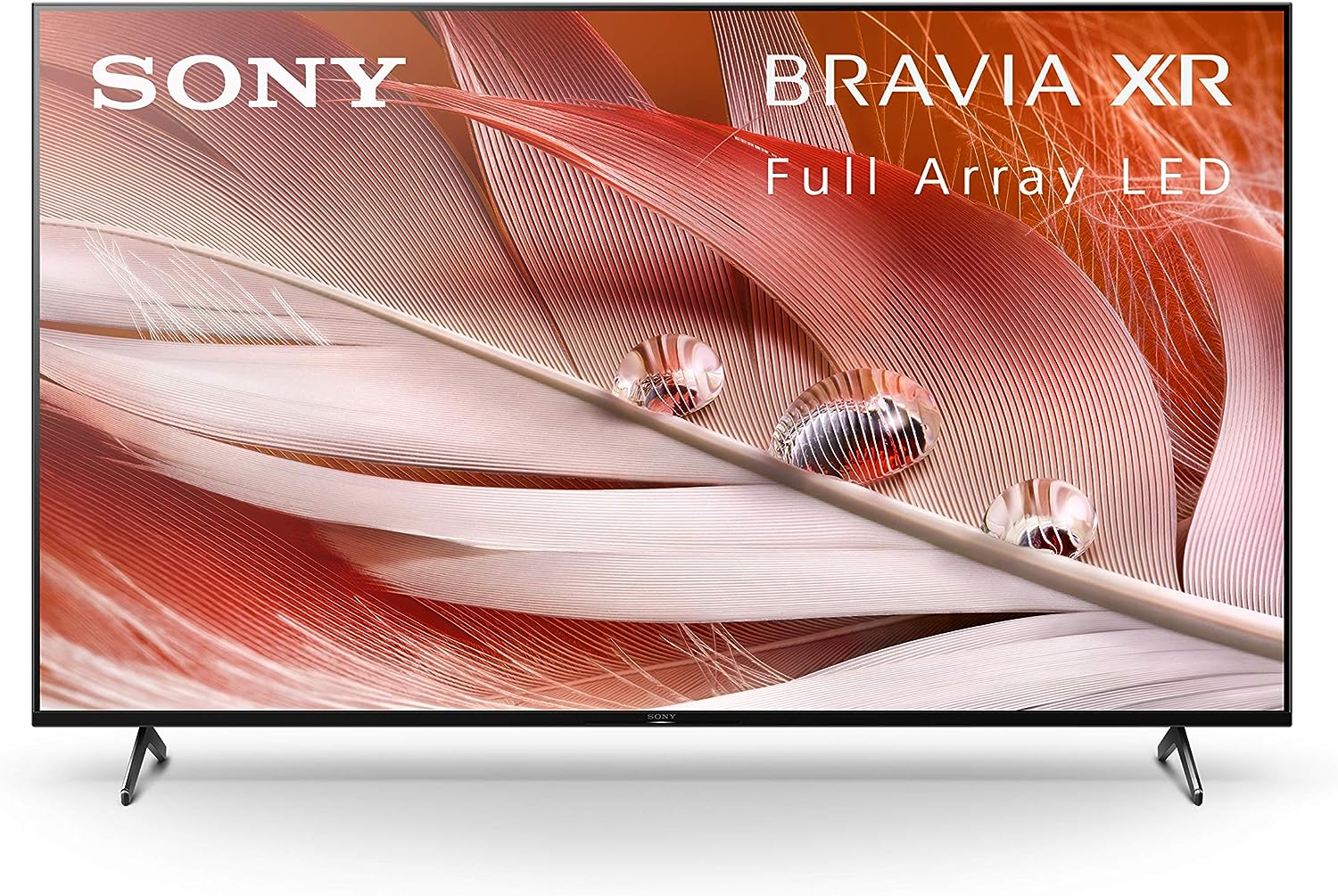 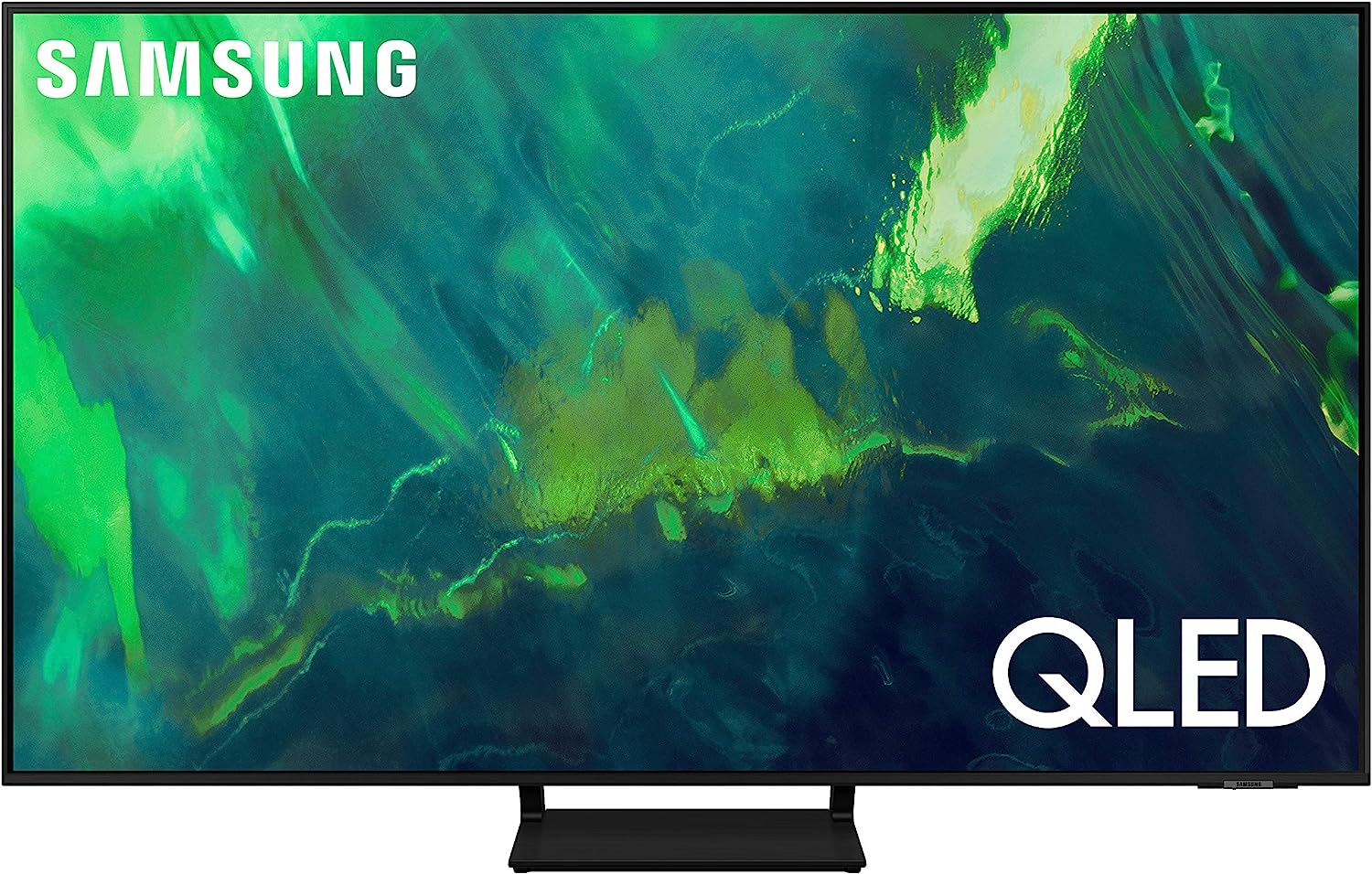 As I am doing a brand comparison here, don’t expect that all of the comments are true for all 4K models of Sony or Samsung tv.

For example, while I compare the display technology, I would talk about OLED (used by Sony) and QLED (used by Samsung); and not all of their 4K TVs don’t use OLED or QLED except the high-end ones.

All my discussions only offer an overview on a macro level; not on a micro-level. For individual model comparisons, please read other articles.

The first parameter that I have taken into consideration for the comparison is the display technology. Or you can say that it is Sony’s OLED vs. Samsung’s QLED.

Sony only installs OLED panels in high-end sets as it is capable of providing more natural color contrast. It uses organic film in production, hence the name Organic Light-Emitting Diode.

Furthermore, these are self-emissive which means that the diodes emit light individually. The benefit of such technology is that it allows incredible precision in light and darkness control across the display. Or, you can say Sony OLED TV can provide better HDR quality.

On the other hand, QLED is ahead of OLED in terms of brightness. It enables vivid HDR scenes providing high-impact images.

than QLED. However, don’t undermine them as both are high-end panels and experts recommend either of them.

Winner: Comparing both display technologies, we can clearly see that OLED is better than QLED. However, don’t undermine them as both are high-end panels and experts recommend either of them.

For 4K smart TVs, an operating system is one of the main factors to consider. Sony smart 4K TVs use Android OS where Samsung smart 4K Televisions use Tizen OS.

Pros and Cons of Android OS: The main benefits of using an Android TV are the availability of numerous apps, multitasking capability, and a user-friendly interface.

One can seamlessly switch between different apps and run multiple apps at the same time. Also, it has built-in Google Assistant and smart compatibility which lets you give voice commands through the remote control.

However, one problem is that the menu may appear cluttered which can take more time to find the app you are looking for. Also, too many apps can slow down the processor.

Pros and Cons of Tizen OS:

On the flip side, Tizen OS also comes with lots of benefits that include a responsive interface, automatic source detection, smart app viewing, and gaming apps. Furthermore, you can use one remote controller to operate multiple devices making it more convenient. Also, the customized and optimized Tizen OS is lighter than Android which makes it a lot faster.

Nonetheless, it is not preferred by lots of people due to the limitation of apps, and very few customizable options. While Google learns and improves its service by learning, Bixby voice assistant can’t do that.

Winner: It seems that Sony wins this round. But those who want faster and smoother operation without needing lots of apps must choose the Tizen OS by Samsung.

In the race for providing the best HDR experience, Sony and Samsung take a different path. While Samsung offers its unique HDR10+ format, Sony uses Dolby Vision. One basic difference among them is that one is royalty-free and another is a proprietary standard made by Dolby.

Compared to HDR10, both of them have a limited number of contents available right now. But it is growing very rapidly. Other than that, every feature is better. Now, let’s compare these new technologies.

There are no differences in tone mapping, metadata, TV compatibility, and content availability. But when it comes to bit depth and peak brightness, Dolby Vision beats HDR10+.

Furthermore, Dolby Vision can deal with 12-bit color where the other one can only process 10-bit color.

Winner: So, Sony offers better HDR quality than Samsung’s HDR10+. However, using Dolby Vision makes the TV sets more expensive which is worth the picture quality.

Lastly, the rivals take a different approach when it comes to the onboard audio. Sony uses a technology named Acoustic Surface Audio and Samsung uses Object Tracking Sound or OTS.

Sony does not use the traditional speaker drives that move forward or downward. Instead, it relies on the actuators that literally vibrate the OLED screen to deliver immersive sound from the display’s surface; hence the name Acoustic Surface Audio.

But don’t worry about seeing the screen vibrating because it is not visible even at high volumes. Overall, the experience is more realistic. However, the technology is costlier and it can’t produce a deeper base.

Samsung sets use a more interesting approach to provide high-quality audio. As the whole system uses a microphone built-in the remote to detect viewers’ position and optimize the performance, it gets the name Object Tracking Sound.

OTS involves traditional drivers but lots of optimization and performance enhancers are used on the software side. There happens to have tiny speakers built into the TV’s housing for an intense listening experience.

With the help of object tracking software, the television offers an unusually wide and high soundstage.

Winner: Both of the technologies are at the premium end. Their 20W mid-range speakers are good enough but it requires an external sound system for a rich and perfect audio output. In comparison, Sony Acoustic Surface Audio is expensive to produce and has exclusive compatibility with OLED screens.

Usually, both Sony and Samsung are generous about providing enough HDMI, USB, and other ports for users’ convenience. But in high-end Sony TVs, there are more ports than what Samsung offers.

And, comparing the price, Samsung always beats Sony. The reasons are in my discussion above. Because of using free HDR format, less expensive audio system, and 10-bit QLED panels, Samsung can keep the production cost low.

Winner: Clearly Samsung wins this round by offering larger TVs in less expensive price tags. However, if you don’t have a problem with the budget, it will be wiser to buy a Sony television set.

Sony is a giant from Japan, and Samsung is the largest TV manufacturer based in South Korea. Sony has been able to set their brand as premium where Samsung has customers in both upper and middle-income families.

However, they produce televisions of different sizes and prices so that everyone can enjoy the video content with the latest available technology. From 32-inch small sets to 75-inch huge ones, you can find any size you want from both brands.

As 4K has become the new norm and no one is considering FHD displays as their TVs anymore, these two brands produce mostly 4K smart TVs now. There are some 8K models available too.

As you have seen that no particular brand aces the other in all categories, I can’t name one to be the best. Instead, think of which one is good for what purposes.

On one hand, Sony is good at very good at upscaling the images from a low-resolution source to a higher one. Also, it handles motion in fast-moving shots so that the video doesn’t show trails.

On the flip side, Samsung has a reputation for its Ultra Viewing Angle technology which vastly improves off-axis viewing. Also, it offers lots of features that gamers like a lot such as lower input lag, higher refresh rates at higher resolutions, etc.

Hence, you have to set your requirements and buy a 4K TV accordingly. Now, it is not possible to compare all 4K TV models from Sony and Samsung in a single article.

You are close to the end of Samsung TVs vs Sony, and I have listed two of the latest 4K Smart TVs from both brands for your consideration below. Check them out as it won’t take more than 2 minutes.

There are lots of similarities among both models; they are released at the same time with similar pricing which makes them direct competitors. After a side-by-side comparison, it is tough to choose one of them for the living room.

If you are a gamer, Samsung Q70A will be the best 4K TV in 2021 for you. Lower input lag along with VRR support beats the Sony X90J in gaming. Also, you won’t get a 4K 120Hz refresh rate on Sony in Dolby Vision.

However, Sony beats Samsung in local dimming and HDR. For watching videos, Sony is the best bet as it can provide higher brightness without introducing banding.

Price-wise, X90J is slightly expensive than Q70A. Both are smart TVs with lots of convenient features and streaming service compatibility so that you don’t have to pass a boring time.

On the back of X90J, it feels a lot sturdier than the other one. It is also thinner. However, wall-mounting the TV, those factors won’t matter much. So, design-wise there is not much difference that can play a major role in making a decision.

Disclaimer: I have recommended those models based on some common factors. So, don’t get me wrong if it is not the best product according to your requirements. In other articles, I have researched more products so that you can choose the right one for you. Read my reviews on the Best Sony 4K TV and the Best Samsung 4K TV to know more.

So, in this Sony vs Samsung 4K TVs battle, can you find a winner? Well, I couldn’t because it varies from person to person and their demands. Thinking about how you want to experience your content would be the wisest first step to take.

After that, it won’t be a problem to go with either a Sony 4K smart TV or a Samsung 4K TV. You can read the articles of other online experts, and they tell the same tale. I hope that I have provided enough data to help you. Let me know in the comments what you think about it, and what your arguments are.